Roseridge – standing up for the breed type 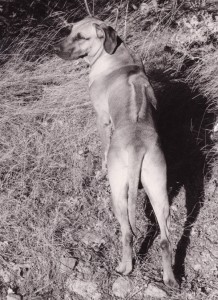 The parents Golden Glory and Judy of Endrick were imported by Bengt Florén on Olle Rosenqvists’s request being a breed he had seen on his travels in Africa and had fallen in love with as they had all the qualities in one breed that he required. 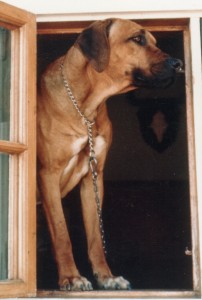 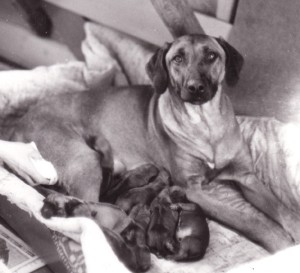 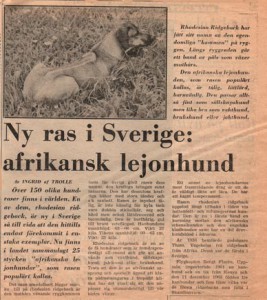 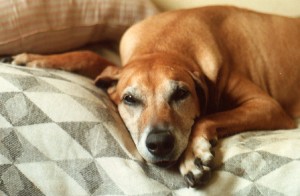 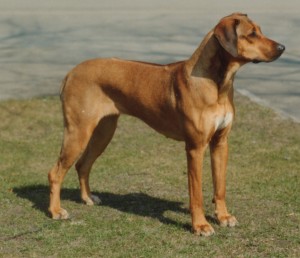 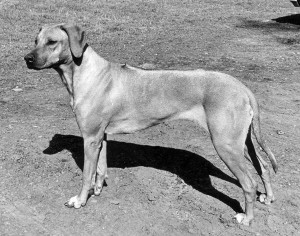 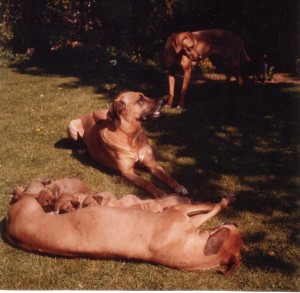 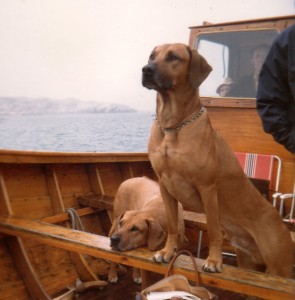 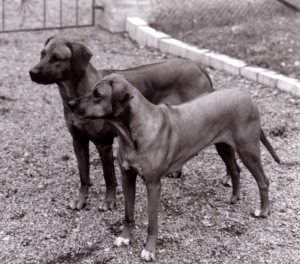 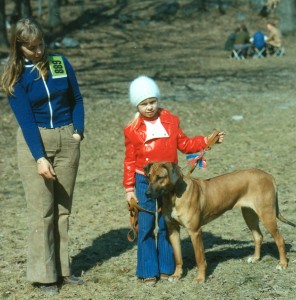 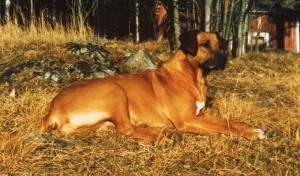 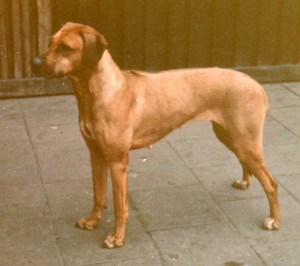 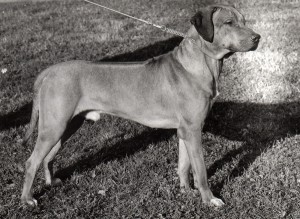 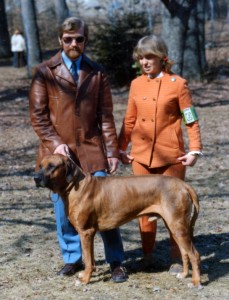 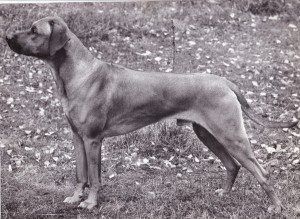 In 1969 Sonja Nilsson joined Olle Rosenqvist in his work with Rhodesian ridgebacks.
In their endeavors to maintain the type of Rhodesian ridgeback as portrayed in Hawley’s book the imported the bitch SE UCh No UCh Umtali Assegai of Matabelle “Giya” to re-establish the bloodlines of the world famous Manscross, Owlsmoor and Mentamery Kennels. 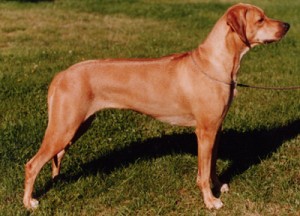 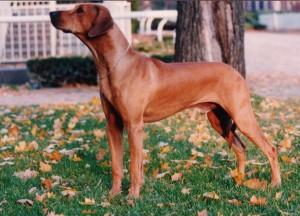 In 1988 Sonja visited the famous US Ch Rob Norm’s Shara G’Dagga in Arizona, USA, to obtain frozen semen. Unfortunately this was not possible at that time and instead Sonja visited his son in New York, US Ch Copyline’s Broadway Danny Rose, and Giya was inseminated and had two litters by him. The hounds in Roseridge are all descending from this bloodlines.

In 1986 Olle withdraw from the kennel and left it to Sonja’s care. She was during the -70 and -80 secretary in the Swedish Rhodesian Ridgeback Club and also editor for their newspaper. She is now the treasurer for the Club and also yearly producing the Club’s yearbook. Since 1985 she has been the secretary of Swedish Dog Breeders Society – a trade organisation for dog breeders. She is also a Founder Member in Southern Rhodesian Ridgeback Association of Great Britain. In 2003 she became honorary member in the Swedish Rhodesian Ridgeback Club.
Sonja has judged the breed in United States, Great Britain, Denmark, Finland och Sweden.

Kennel Roseridge is situated north of Stockholm and can be reached on phone
46-8-591 440 73 or e-mail Roseridge at tele2.se 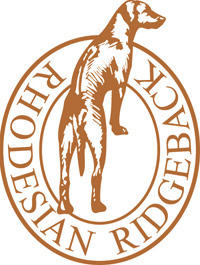 As a matter of interest the Swedish Rhodesian Ridgeback Club-logotype was made by Kennel Roseridge featuring one of their dogs.